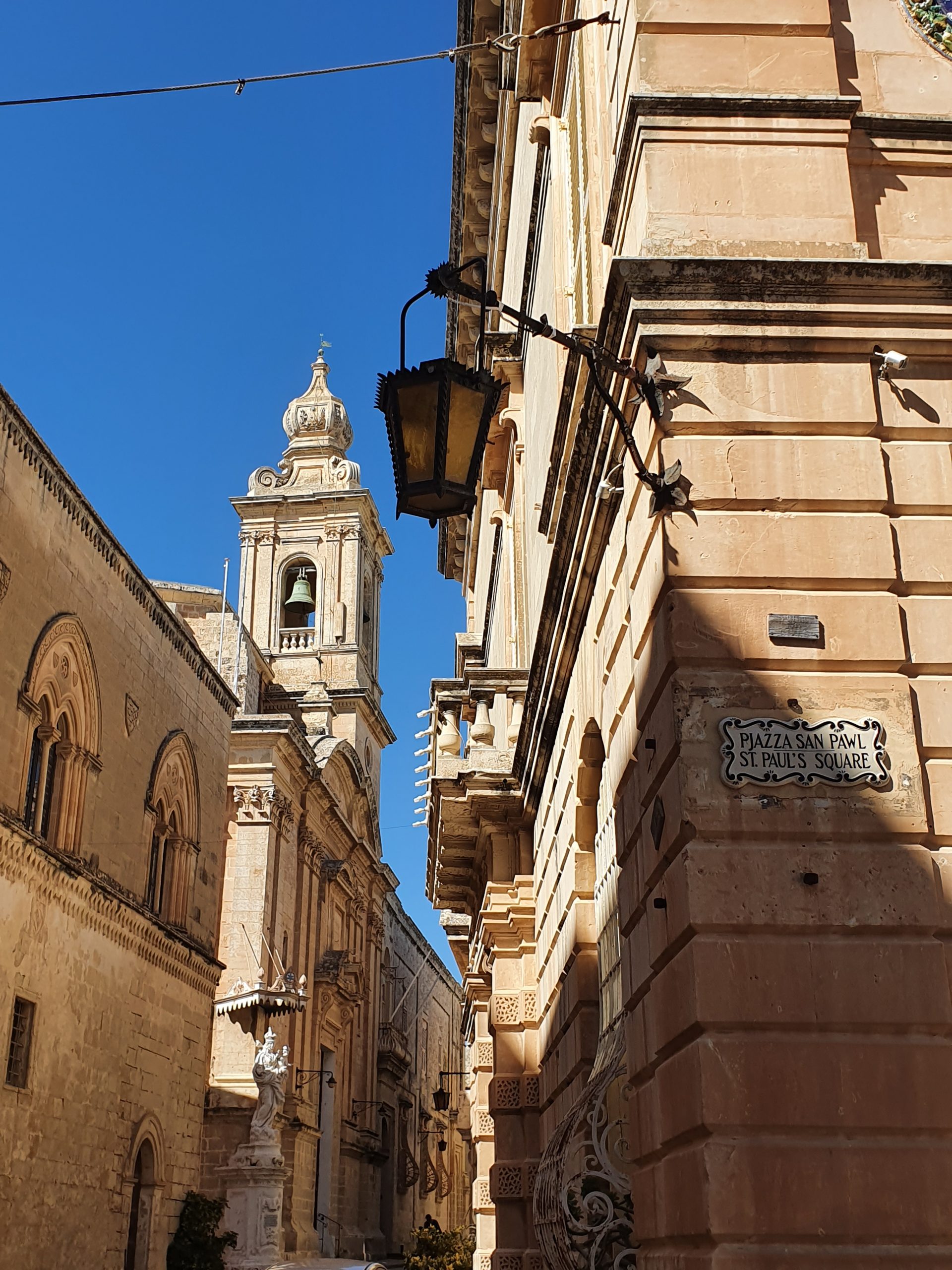 In the center of Malta, on a plateau rising above the surrounding countryside, is the old walled capital of Mdina. It is adjoined by Rabat, its old suburb, and the administrative center of the area. Mdina and Rabat host some of the most interesting museums and attractions on the island, and are highly recommended for a first-time visitor.

A fortified city, Mdina served as a capital and fortress since ancient times. Being away from the sea and thus protected by the mass of land from pirate attacks and sea invaders, Mdina has been a natural choice for the capital and citadel for many of Malta’s rulers.

The first settlement in the area goes back to prehistoric times. Around 8th century BC, the Phoenicians built a city which they called Maleth, and which was later renamed Melite by the Romans. Mdina is an Arab name. It stems from medina, a word that means a town, historically a walled maze-like city center, with narrow winding streets built to confuse the invader.

As no cars are allowed inside the walled area, Mdina is also called the Silent City. It is silent not merely due to the absence of cars, but simply because very few people live there permanently and there is no shopping, rowdy nightlife or entertainment venues. At night, the city is especially atmospheric, just like the medinas of the Middle East and North Africa.

Mdina is home to one of the most exclusive restaurants on the Maltese islands, the Michelin-starred de Mondion, as well as the five-star Relais and Chateaux Xara Palace, the only hotel in the walled city.

With the population of Mdina at only about 300, Rabat is the actual town where most of the commercial and administrative activity is centered. With its beautiful townhouses and St Paul’s basilica, Rabat has restaurants, hotels and shops to visit. It also hosts the famous St Paul’s catacombs, St Agatha’s catacombs, and the fantastic collection and World War II shelters of the Wignacort Museum.

The museum hosts an impressive picture gallery with works by Maltese and European artists. It also features a collection of silver; a unique wooden altar used for the celebration of Mass on the galleys of the Order of the Knights of St John; a collection of old relics and reliquaries, sculptures in wood, alabaster and bronze; maps, coins, prints and rare books, among which is King Henry VIII’s “In Defense of the Seven Sacraments” against the teachings of Martin Luther, for which the King received the title The Defender of Faith from the Pope.

Underneath St Paul’s Catacombs and grotto, WW II shelters are also part of the museum collection. There are many shelters preserved across the islands, which give a glimpse into the not so far-off history of the nation.

It is possible to visit Mdina and Rabat as part of a private chauffeur-driven Northern Malta Peace Tour.  Contact for a quote.